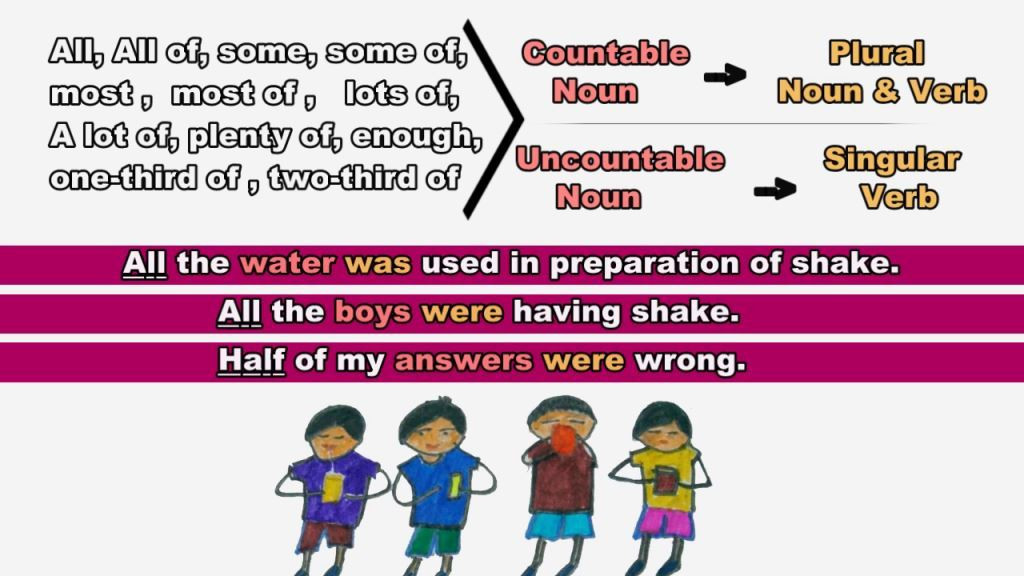 In the above examples: 'water' is an 'uncountable noun' therefore 'singular verb' 'was' is used:: And:: 'boys' & 'answers' are countable nouns therefore their plural form with plural verb 'were' is used.

Also, After More + plural Noun + than one + plural verb is used

- More boys than one were killed there. (correct) [usage of plural noun ‘boys’ and plural verb ‘were’]

If ‘there’ or ‘if’ is used as an introductory subject, then the verb is decided according to noun.

- There was a rat in the room. (correct) [usage of singular verb ‘was’ as singular noun ‘rat’ has been used]

- There were rats in the room. (correct)

The verb must be according to the main subject of the sentence, but sometimes we match verb with the nearer subject.

- The constant shouting of slogans do no solve the problems of the country. (incorrect) [the main subject is ‘shouting’ not the ‘slogans’, therefore verb must be according to the main subject which is singular, hence singular verb ‘does’ should be used]

- The constant shouting of slogans does no solve the problems of the country. (correct)

- The idea of introducing genes to correct heritable disorder is revolutionary. (correct)

Note: there are many exceptions to this rule of which most of them we have already discussed above, the rest we would discuss in the next rules 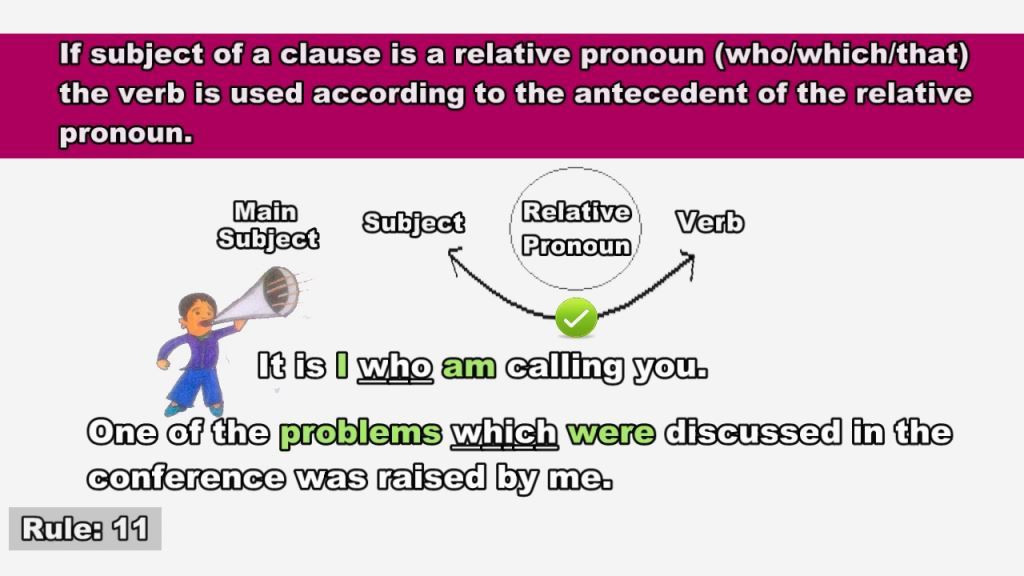 Some Imp Rules already discussed in other Chapters

- Two tons of rice is enough for party.

When I wish/ as if/ as though/ if/ It is time/ It is high time etc. are used to express regret, unfulfilled wish and unlikely condition we use Plural Verb after them.