The Adjectives a, an and the are called Articles. An article is used with a noun and gives some information about it.

There are two kinds of Articles:-

♦ Indefinite article- a/an: It used before Singular Countable Noun which does not represent any particular person/ thing.

♦ Definite article – the: It is used before a Singular or Plural Noun (countable or uncountable) representing particular person/ thing.

- One day, I found a bag. The bag contained a Book. 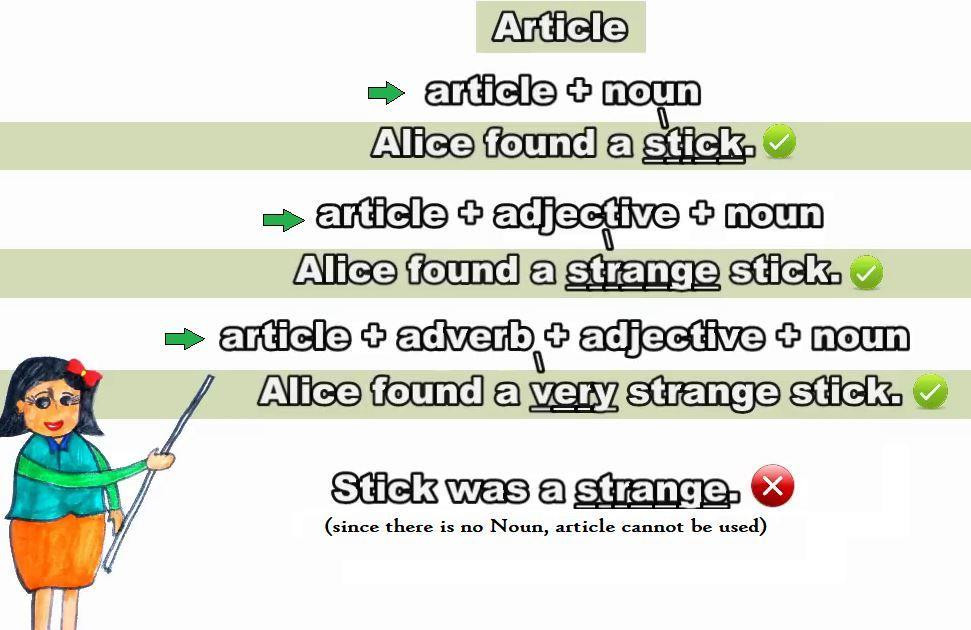 Usage of indefinite Articles – a/ an

We have already discussed that indefinite article is used before Singular Countable Noun which does not represent any particular person/ thing.

♦ For determining the correct sound, it is recommended to learn Swar (स्वर) of Hindi Language [For Indian Students], if, on pronunciation, you find Noun starts with Swar (स्वर), it will take article 'an' before it. 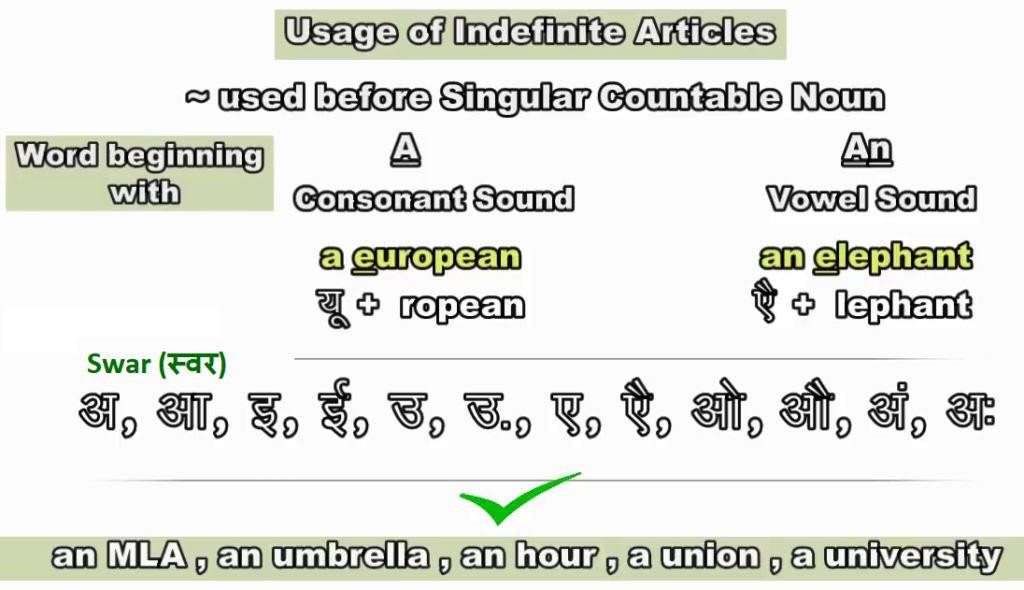 Article a/an is used in sense of one or any and in an expression of rate units like speed, price etc.

- This car can run Hundred Kilometer an hour. (correct) [usage of an in sense of per unit of time]

Article a/an is used in some phares like:- in a fix, make a foot, tell a lie, take a bath, a matter of chance, at a stone’s throw, at a loss etc.

- My house is just at a stone’s throw from the mall. (correct)

Note:- Questions based on phrases are rarely framed in competitive exams but it is recommended to practice phrases with the articles for good preparation.

While using indefinite Articles (a/an) we should be careful that article a/an is not used before any plural or uncountable Noun. like

- A boys are studying. (incorrect) [boys is plural noun]

- I heard a news on the radio. (incorrect) [news is uncountable noun]

- I heard news on the radio. (correct)

Article a/an is not used before the Nouns after ‘Kind of’, sort of, type of, variety of etc.

- What kind of a movie is this? (incorrect)

- What kind of movie is this? (correct)