Possessive case is usually used with the name of living things.

Note: We should not make Possessive Case of Non-living things unless they are personified.

But when personified, we can say

eg:- the court’s order , the heaven’s will, at his wit’s end

If else is used with anybody/ somebody/ nobody/ everybody/ anyone/ someone/ none/ everyone the Possessive sign is put to else. Like

- I obey your orders and nobody’s else. (incorrect)

- I obey your orders and nobody else’s. (correct)

With compound Noun, Possessive sign is attached only to the last word.

When two or more nouns show joint possession, the possessive sign is put to the latter noun only.

Possessive sign is not attached with two consecutive nouns.

- The nature of siya’s brother is very good. (correct)

Note: we should not use double apostrophe. 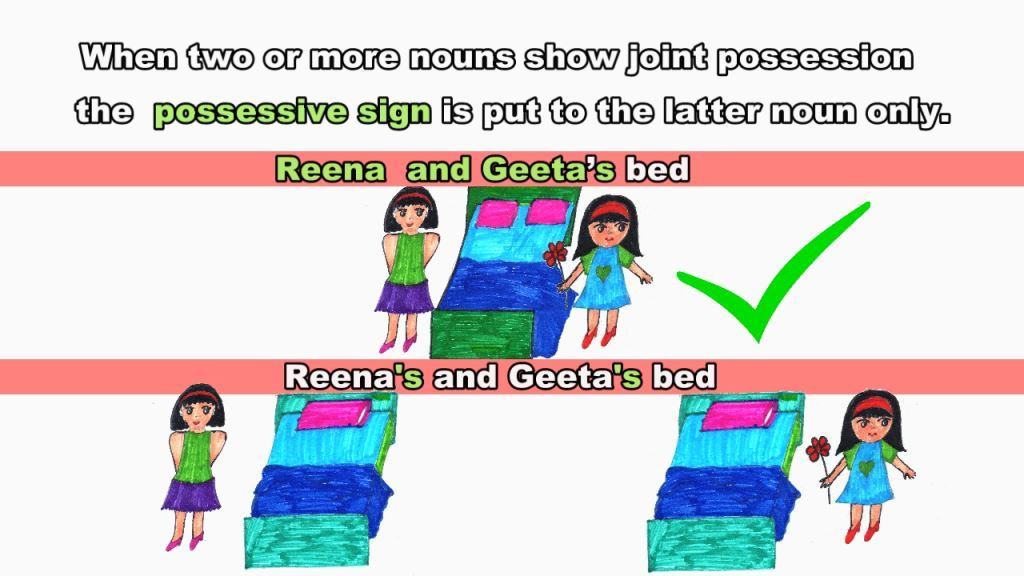