We have already discussed the basics of Helping Verbs in the introduction of the course. Helping Verbs are divided into Primary Auxiliary Verbs & Modals.

In Primary Auxiliary, we have:-

In Modals, we have:-

Rules related to ‘’be’’ form

- Good news is expected by us. (correct) (usage of Verb3 as the sentence is in passive voice)

Rules related to ‘’have’’ form

- We have reached the station. (correct)

- she has lived here for a long time. (correct)

Note: Here, we have discussed the rule when have is used as helping verb; have also meant to possess, own (main verb)

Rules related to ‘’do’’ form

- She did not knew him. (incorrect)

Note: This rule is important, many times questions are framed using the wrong form of Verb after did.

- Three were happy but one sad. (incorrect) [here, three is a plural subject therefore were is used, but one is singular therefore was should be used with it]

- Three were happy but one was sad. (correct)

After Modal auxiliaries, there is always the usage of verb1.

- I can speak Hindi. (correct)

- You may start your exam now. (correct)

- He should and must do it now. (correct) [should & must are modals and ‘and’ is conjunction between them]

- She has worked and will work hard. (correct)

- She has done and will do it again. (correct)

- He did not dare to ask about her. (correct)

If need & dare is used as modal, we can neither use needs not nor dares not. Also, we should not use ‘to‘ after need not or after dare not.

- He dares not to cheat. (incorrect) [we should not use dares, nor we should use 'to' after dare not as dare not is modal here]

Similarly, she need not wait any longer. (correct) 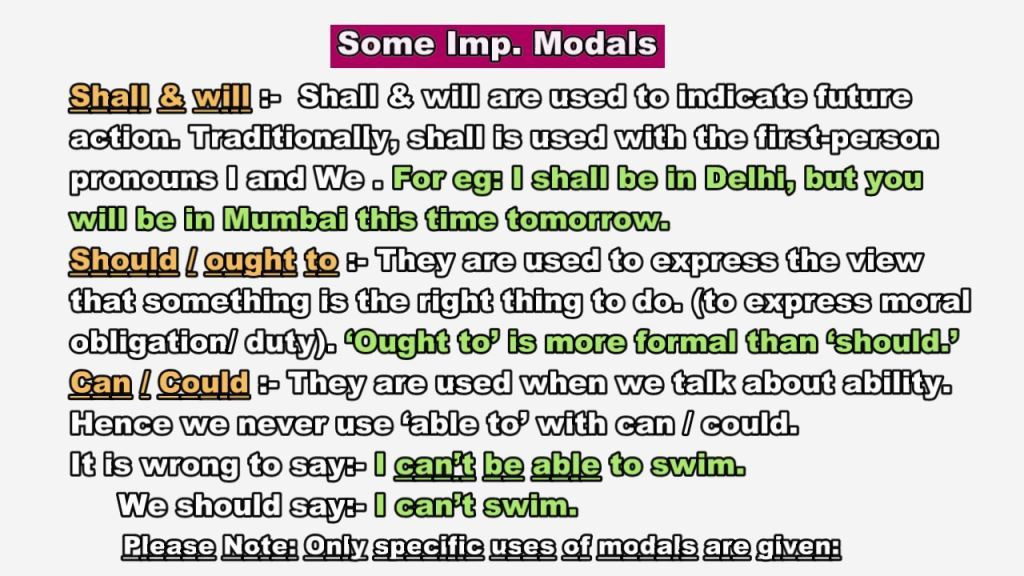