Possession means to have ownership. So Possessive Nouns are the words that show possession or a relationship of belonging between one thing and another. Like Brother’s Bag, Bus’ seat

·        When Noun ends in s; only Apostrophe is added to make Noun possessive.

Note: Possessive Case of all the Noun is not possible. 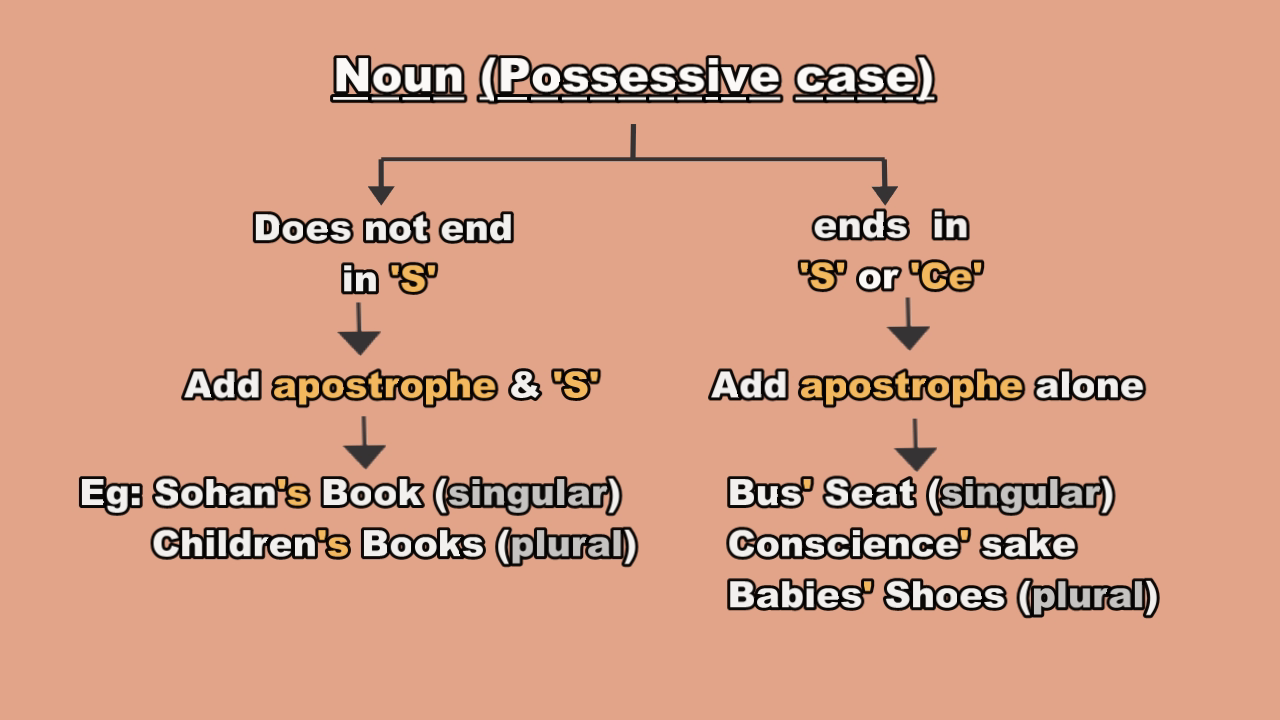 Where Possessive Noun can be used..

We should use possessive case in following situations only:-