Adverbs of time/ place/manner (carefully, fluently, ago, far, near, etc.) are generally placed after the verb. But if object after verb is present, adverb is placed after object.

- She walked carefully. (correct) [Carefully is adverb of manner, placed after verb walk]

- I called her yesterday. (correct) [Yesterday is adverb of time., placed after object her]

If Adverb of time/ manner & place all these are to be used in a sentence, the normal order is-

Preposition is not added before an adverb.

- He drives with cautiously. (incorrect) [with is preposition and cautiously is an adverb]

- I used to often play the piano. (incorrect) [usage of often after used to]

- I often used to play the piano. (correct)

Invert form of verb is used in the sentences starting with seldom, never, hardly, scarcely, barely, rarely, no sooner. 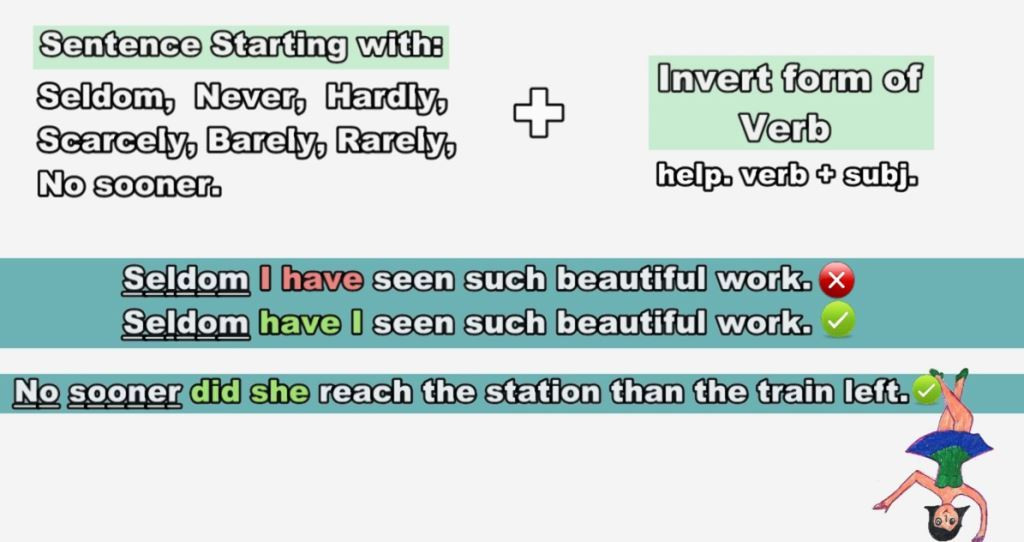 Adverb should not be used by splitting an infinitive.

-She asked me to completely forget her. (incorrect) [completely is an adverb, to forget is an infinitive]

-She asked me to forget her completely. (correct)

No Adverb is used before quite. Quite itself means completely, absolutely. Also, ‘quite’ and ‘all’ are not used together.

- Asha is quite all right. (incorrect)

- Asha is quite right. (correct)

- Asha is all right. (correct)

♦ Note: Quite is not used in place of very.

- She is quite talkative. (incorrect)

- She is very talkative. (correct)

Till now we have discussed rules related to position of Adverbs. Now we will discuss some general rules which are important for competitive exams in India.

As we have seen most of the Adverbs end in ‘ly’ like slowly, honestly, wisely, etc., we presume that words ending in ‘ly’ to be Adverb only. Like we confuse Cowardly, Niggardly, Friendly, Miserly, Manly, Orderly to be Adverb but actually, they are Adjectives. For using these words as an Adverb, we have to add the word ‘manner’ after them. like cowardly manner, orderly manner, etc.

- Please keep your belongings in an orderly manner. (correct)

We have discussed the usage of enough in Adjective.

Note: When enough modifies a noun it is used before a noun.

- I don’t have enough money to buy a house. Soon, I will be rich enough to buy it. (correct) [money is used as a noun and rich is used as an adjective]

Adverb ‘as’ should not be used with appoint, call, think, consider, elect, name, nominate, judge etc.

- She was appointed as manager. (incorrect)

- She was appointed manager. (correct)

Note: Adverb ‘as’ can be used with verb regard, describe, know, view, define, justify etc.

- I regard him as an enemy. (correct)

- She was described as being tall & thin. (correct) 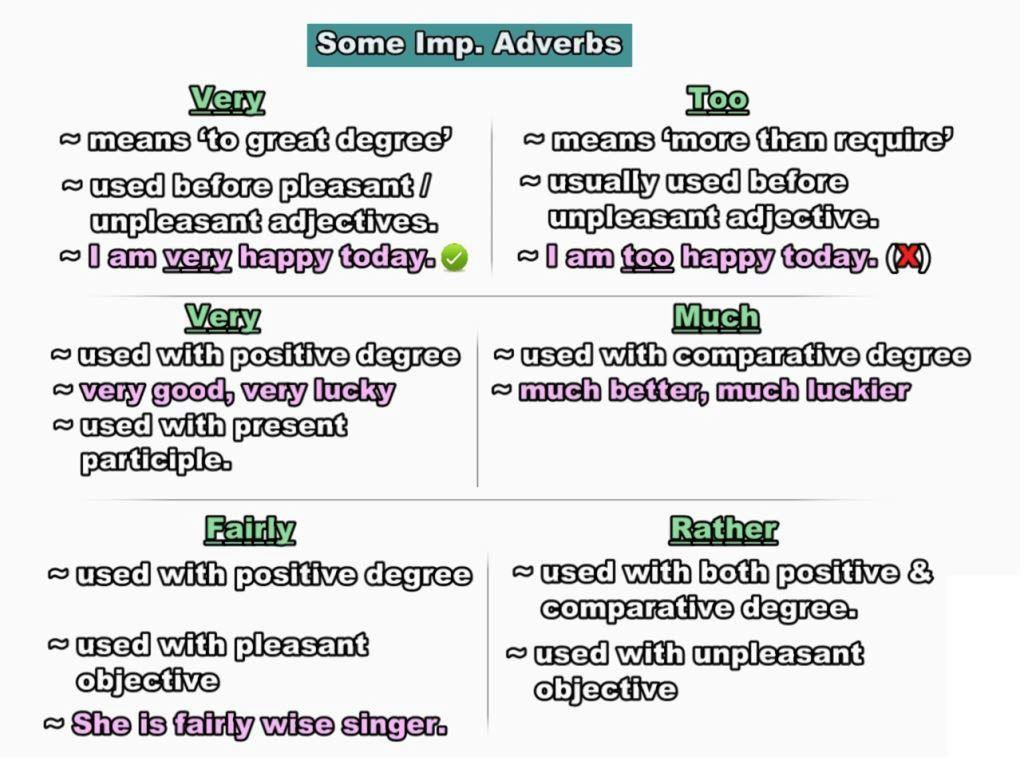